53 months ago
The only team that can beat CSK is... CSK 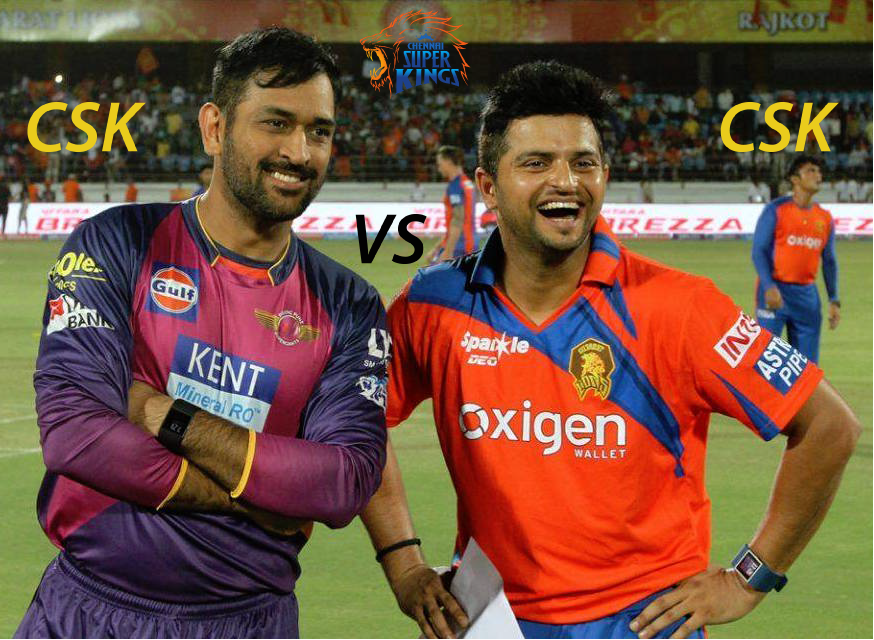 Rising Pune Supergiants got off to a great start this IPL 2016 season of T20 by tearing apart the Mumbai Indians and taking an onslaught of wickets which restricted the defending champions to a meager 121. After this astounding victory, the Dhoni led side faced off with the aggressive Gujarat Lions yesterday at Rajkot. Yes, this is the moment all the CSK fans had been waiting for. CSK vs CSK. Former teammates turned foes, Dhoni and Raina faced off against each other. Something that has not happened in the past 8 years of IPL!
In the first innings, all seemed to be going well for Pune. RPSG thrived off Du Plessis amazing innings of 69 off 43 balls and with further help from the likes of  Dhoni, Pietersen and Rahane, the team smoothly sailed over to pose a good total of 163.
The second innings during the game was when everything started to go downhill for the Indian skipper led side. Finch and Baz ruthlessly bombarded the bowlers and scored a seemingly easy 62 off just 6 overs.  Finch flirted his way to a 50 off 36 when Murugan Ashwin finally outsmarted the batsman and sneaked in the first wicket for the Pune team. The Prince of Chennai walked in next to further the innings of the Lions in the game and along with the aggressive McCullum tried to gain back the momentum that Finch had going. McCullum finally fell to Ishant Sharma just one run short off his half century. Still, no harm was done. Plenty of batting attack was yet to come. The champion, Bravo came in next. Needless to say, after slogging through a couple of overs, he hit 3 beautiful fours off Sharma one after the other. This is what the crowd had been waiting for since Finch and Baz. The stadium exploded into applause for the champion. Strategic time out was called and the bowling attack immediately resumed with Murugan Ashwin taking the lead. Dhoni stumped Raina and the lions were left reeling. With just 32 runs to get from the last 5 overs,  Jadeja and Bravo sealed the victory in mere 18.1 overs, once again asserting their skillful prowess over the Pune team.
Not so surprisingly, the man of the match award went for the second consecutive time to Finch. He is also now, the proud owner of the Orange cap. After this win, Gujarat Lions knocked Pune from the top of the table to rein supreme.
The Lions proved that their cricket management was much superior to that of the Supergiants.
"When you have Bravo and Faulkner, the game is never over. First game at home and we played really good cricket today. I thought we have to play 3-4 spinners but it's not easy to hit sixes in this ground. Jaddu bowled exceptionally well and Tambe too bowled well. Bravo is the main player for us. We have to give chance to everyone. Finchy and Baz set the tone for us. When you have a start like that we always do well in the middle overs. We have Baz, Bravo and Finch - Lot of experienced players in the side", said the smiling captain, Suresh Raina.
"I think it was a good score but what's important is to bowl well in the first six overs. It was forced (speaking about why the leg spinner was brought in the power play) and I don't think the fast bowlers bowled well. I told them quite a few things and it stays within the team. We gave away too many runs in the power play. We need to look at the composition. Need to look at the players who suit us the best. First game we did well but we could have played with a few other players in this game. But credit to the players who have done well in the first game. It's a new team and you don't have the luxury of playing some fantastic all-rounders", the ever modest Captain Cool piped in.
Overall: It was a stroll in the park for the Gujarat Lions. It is now proven that the only team which can possibly beat CSK is CSK.
You think managing a cricket team is a slice of cake? Check this out !!!
Signing off,
The Hitwicket Team
Read more