5 most Legendary Players of the Hitwicket World

55 months ago
The Hitwicket Team brings to you a list of 5 Legendary cricket players of the game, players renowned across the Hitwicket world for their exploits with the bat and ball.
5. Sumit Sachdeva Jnr -Hailed as the best Batsmen of Hitwicket for several seasons, Sumit Sachdeva Jnr, was also the most famous Junior in the Hitwicket World. The lad was the mainstay of the strong Delhi batting lineup in the World Cups, and even won the third World Cup. At his prime, he was hailed as the Sachin Tendulkar of the North, leading his club Eng XI to the Hitwicket Premier. He was among the top run scorers on multiple occasions, showing that not only did he have the ability but he also delivered on the big occasions.
http://hitwicket.com/player/show/803924
4. Sartaj Bedi – Arguably the best and the most popular spinner of his time, Sartaj was trained by Raj Patel (Kinng XI). There were fortunes spent on this gem youth by Raj Patel to have him in his squad.
This priceless gem has been very dear to Punjab management which was made evident when the owner decided to sell him, Punjab's management made sure they are able to keep him under their allies  ownership.
http://hitwicket.com/player/show/1244792
3. Arnav Gupta - If Bedi was the most popular spinner, Arnav was the most popular seamer of the same era. Unlike Bedi, this star possession of Hrishikesh_Pathak (Russell Viper) was scouted by Russell Viper and trained from scratch to stardom. Scouted from Assam, the Home region of RV, Arnav also proved to be the spearhead of Assam which was often managed or mentored by RV himself.
RV who was always reluctant to auction his star, had finally sold this great pacer when he and his other companions grew old and the management decided to revamp the club.
http://hitwicket.com/player/show/305157
2. Reginald Shaw - This batting superstar formerly owned and trained by Anshuman (BowlWild) helped his team reach the Premier League and is undoubtedly the most loved player of Kerala region. Reginald often stole limelight from many star players during the World Cup with his sky rocketing innings in many matches. He has some fast centuries to his name in the World Cups, which is a very big achievement in T20 itself leave alone the Hitwicket Universe. 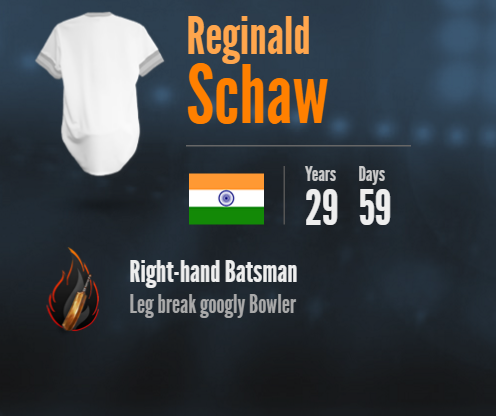 He was always the favorite pick in the Hitwicket World Cup Fantasy League. Frequently picked as the Captain in Fantasy teams and always delivered in the big games. Well that s what we call a Superstar!
http://hitwicket.com/player/show/596525
1. Rajni Kumar - The fear of all Premier teams during first 10 seasons of the game. The awe of every All-rounder lover. The star who took the mighty Mizoram Muttonchops to its 6 Premier Championships. As the name says  Rajni  he was second to none. This great All-rounder could be easily said to be the Garry Sobers of Hitwicket. He was equally good in all departments be it batting, bowling and even fielding. He created a benchmark for many clubs who aimed to create great All-rounders.
Many good all-rounders were later seen playing in the Premier like  Allu  and  Laurence Slits. A true inspiration from Rajni!
http://hitwicket.com/player/show/128
Who else should have made the list?
Do you think any of your players should be on it? Leave the name in the comments.
Read more

Hope I scout next Rajni Kumar next week :P

# 2
nice article.....only issue is that it was cut too short (nice food always seem little to me).
55 months ago

Shahee (The Hitwicketters) Coimbatore # 3
Ricardo: I too feel the same...

These kinds of articles must be in brief manner, right?
But however, this article was already a kick-a*s one!!!

Rudra Ishan (Rudra Power) Johansberg # 7
Don't you think this player deserve to be in this list of Legends ?
http://hitwicket.com/player/show/12858944/Hardik-Modi
32 months ago