A Tale of Rising Lions and the Falling Giants cricketT20IPL 2016CSKRSPGGL

52 months ago
They both are comprised heavily of CSk. They both have the stars. They both of the power to make it to the top. But both of them have had performances that are world apart. One sits on top of the table while the other one is still finding the right combination. Read on to find out who took the IPL by storm. 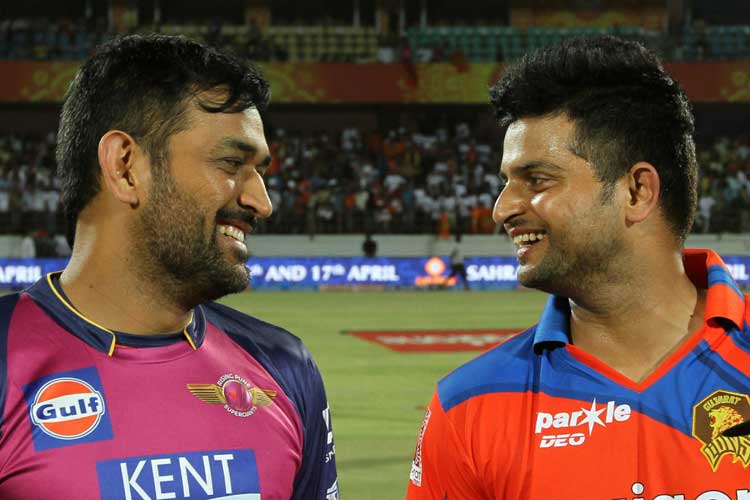 The story of the new additions to IPL 2016 has been a contrasting one. The Rising Pune Supergiants have fallen down heavily and the lions have roared their way up to the top. What has gone wrong for Pune and what have the Lions done to move their way up to the top?
The Auctions
Pune boasted of a very decent batting line up of Rahane, Du Plessis, Kevin Pietersen, Steven Smith and MS Dhoni but spent a bit too much on bowlers like Ishant Sharma and an inexperienced Murugan Ashwin who has played just 3 first class matches. As a result they ended up with a bowling lineup comprising of R Ashwin, Murugan Ashwin, RP Singh, Ishant Sharma, Irfan Pathan. Quality seamers were missing from their lineup.
The young Keshav Bansal of the Gujarat Lions was a very wise spender and knew the exact value for the players. They got Dwayne Smith, Dale Steyn, Dinesh Karthick and Finch for a cumulative price of 7.9 crores only. They ended up with an explosive batting line up of Dr. Smith, McCullum, Finch, Raina and DK Karthick. All rounder slots were filled up by T20 Specialists like Jadeja, DJ Bravo and Faulkner. The bowling unit comprised of Dale Steyn, Dhawal Kulkarni, Tambe, and Praveen Kumar. They did not spell out terror but were experienced and consistent T20 performers.
The Injuries
Pune lost Du Plessis, Pietersen and Mitchell Marsh due to injuries and they did not have a settled batting line up. The bowling lineup has been inconsistent in the initial matches with only rare promising performances from youngsters like M Ashwin.
Gujarat Lions have been fortunate and have not lost any player due to injuries. And the experienced DJ Bravo and Praveen Kumar have come up with some brilliant death bowling to win the matches. Finch has played a perfect anchor. They have a lot of options in their bowling due to the presence of all rounders.
Team Balance
Pune has not been able to find out the right kind of balance needed for T20. The injuries have only added to their problems. They have tried different bowlers but none have performed consistently for them.
Gujarat Lions have decided the roles for each player and have struck the right balance of batsmen, bowlers and all rounders important for a T20 team. Even youngsters like Shivil Kaushik have performed well under crunch situations as a result of high team morale.
Will Pune find the right balance as they progress?? Will Gujarat lose their way if the middle order is exposed early?? The tales of these two teams have been very different halfway through the IPL. Will it change and the Supergiants rise?? Will the Gujarat lions keep roaring or lose their way?? We are up for an engrossing second half of the IPL.
Read more