Daredevils Get Their Dares Right newbiestrategytipsmanualmanager

52 months ago
Delhi Daredevils for long have longed the success that they rightly deserved. From the Virender Sehwag to De Kock, they have come a long way and we have some insights into their 2016 Indian Premiere League campaign. Enjoy !! 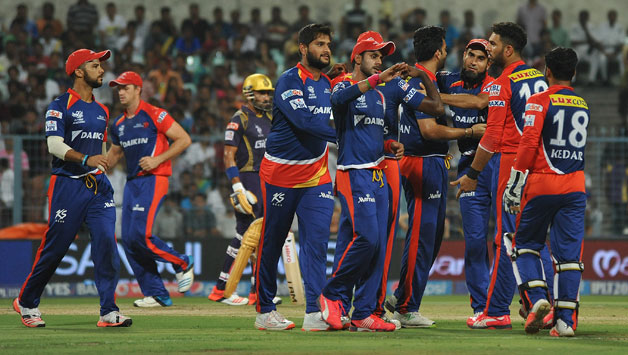 With just 98 all out in their first match against Kolkata Knight Riders and losing by 9 wickets, everyone thought that the same old Delhi story would repeat in this IPL as well. They had a new captain in Zaheer Khan who said after the game that this was their first and last bad match. The statement was less than convincing for a neutral fan but the team had different ideas and they won the next 4 out of the 5 matches. The only match they lost was by a single run. The team which had done poorly in the auctions and ending up with a top four of Quinton De Kock, Sanju Samson, Shreyas Iyer and Karun Nair who had an experience of just 275 T20 matches between them compared to some teams like Mumbai Indians having a combined top 4 matches of 667. What has changed for Delhi Daredevils this season and will they keep up their good form?
The day of the auctions presented a gloomy future for Delhi Daredevils as they ended up spending handsomely on youngsters and signing 4 wicket keepers. But appointing the Dravid-Upton combo has worked wonders for them in game. Although Dravid played no part in the auctions, getting a mix of youngsters and experience was what Dravid had already worked on. Players like Shreyas Iyer, Sanju Samson, Karun Nair, Mahipal Lomror, Rishabh Pant, and Khaleel Ahmed had already worked with Dravid and they owe some part of their success to him. The successful stint Dravid had with the India ‘A’ squad and the Indian U-19 team had provided Dravid with the experience of nurturing the youngsters in the right way.
Dravid has a different style of working with the youngsters. He talks as much to a youngster as to a senior player in the team.  Instead of giving orders about what to do in a match he always has questions for team as to what to do in a match. This increases the sense of responsibility among the players. They think more about their own game and how to improve it. Shane Watson once said that the kind of inputs he got from Dravid and Paddy was much more significant than what he got while captaining Australia.
The optimism build in the dressing room is one of the reasons for the success of a team in this game. The unique mental conditioning technique used by Paddy Upton to bring the team together helps the team gel well even under pressure. He always helps a player and makes them believe in their strengths instead of doing something what the stats say. The fear of failure is what needs to be eliminated and Paddy Upton exactly works on that. He has sessions with each and every player and understands their sport psychology.  Players like Brathwaite who are new to the setup hail the positivity build around the dressing room.
Introduction of the experienced Zaheer Khan was a masterstroke by Delhi Daredevils. Zak has lead from the front providing them important overs in the powerplays. The belief he has in his bowlers can be seen by his attacking fielding setups. A short leg in a T20 game and that too in the 11th over is a rarity. Zaheer’s mix of aggressive and intelligent captaincy has turned the tables for Delhi.
The daredevils have superseded all expectations till now. Dravid and the team have beaten the Goliath. Can the Delhi Daredevils lift a surprise title?
See you in Game.
Signing off,
The Hitwicket Team
Read more